Whenever Sidney put out a call for assistance, no matter how big or small the task, Don Trivett responded.  In 1983 under the energetic and dedicated direction of Don, the original Sidney Festival Society was reorganized to become what is known today as the Peninsula Celebrations Society.  Don dedicated many long hours to help organize the activities of the Society, particularly the Town's enormously popular Sidney/Canada Day activities which attract over 20,000 visitors to our community each year.

In 1990, Don joined the Memorial Park Society serving in a variety of roles and was a key member of the Sanscha Community Cultural Centre Foundation which was organized to raise funding and oversee the construction of the new Mary Winspear Community Centre.

Don was also instrumental in organizing the Sidney Lions Food Bank in 1980; two International Air Shows at the Victoria Airport in the 1990's; the Town's 100th Birthday Celebrations in 1991; and Miss Sidney Pageants and Town Crier Competitions.  The list goes on and on and it is not surprising that Don became well known in our community as "Mr. Sidney".

On June 30, 2011, as part of the Sidney Day celebrations, Don became the first recipient of the Mayor's Community Builder Award which honours and recognizes an outstanding individual who has provided long term initiative and leadership in the development of our community.  Sadly, on July 17, 2011, we lost Don's cheery smile and lovable personality - he will be missed by many. 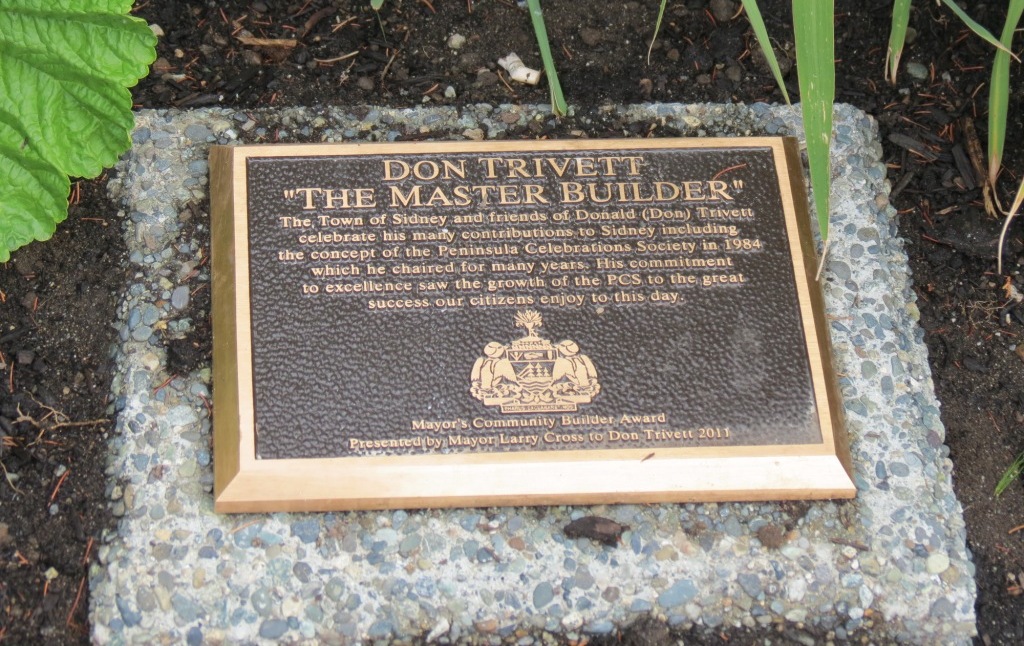