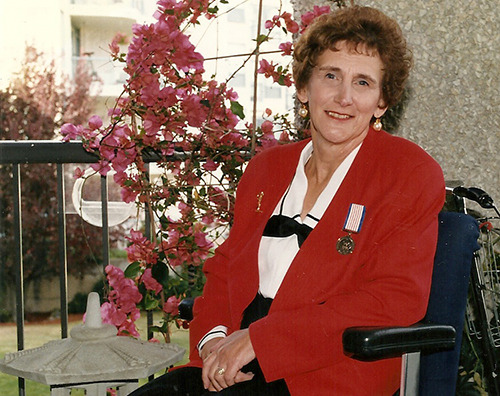 Jeannette Lucinda (formerly McNamara, nee Beaubien) was born December 29, 1938. She was a long-time resident of Sidney and an avid community volunteer. Her contributions to the community included nine years as a Town of Sidney Councillor, founding of the Annual Christmas Dinner at the Mary Winspear Centre, organizer of Access Awareness Day and a tireless advocate for establishing Sidney as one of the most accessible communities on the Island.

She also served on many committees and boards including the Advisory Planning Commission, the Town of Sidney Advisory Committee for People with Disabilities, the Vancouver Island Library Board and the Sidney Sister Cities Association.

In 1986 Jeannette published the book “Wilderness Dreams”, a biography of her father Eugene Beaubien who homesteaded in the wilderness of British Columbia.

Jeannette received numerous awards and tributes throughout her life including the Hearts of the Community Volunteer Award and the Leadership Victoria Alumni Award, both in 2012.

Jeannette Hughes passed away on April 10, 2013. Even though she suffered from Multiple Sclerosis and had her own health issues, she never let it hold her back. She was a true inspiration and will be sadly missed by all who knew her. 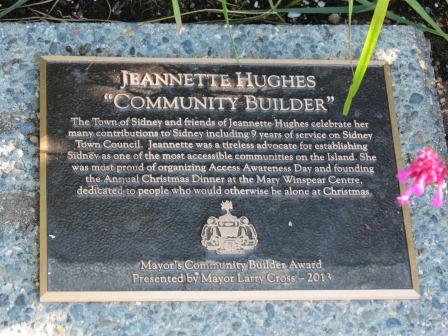