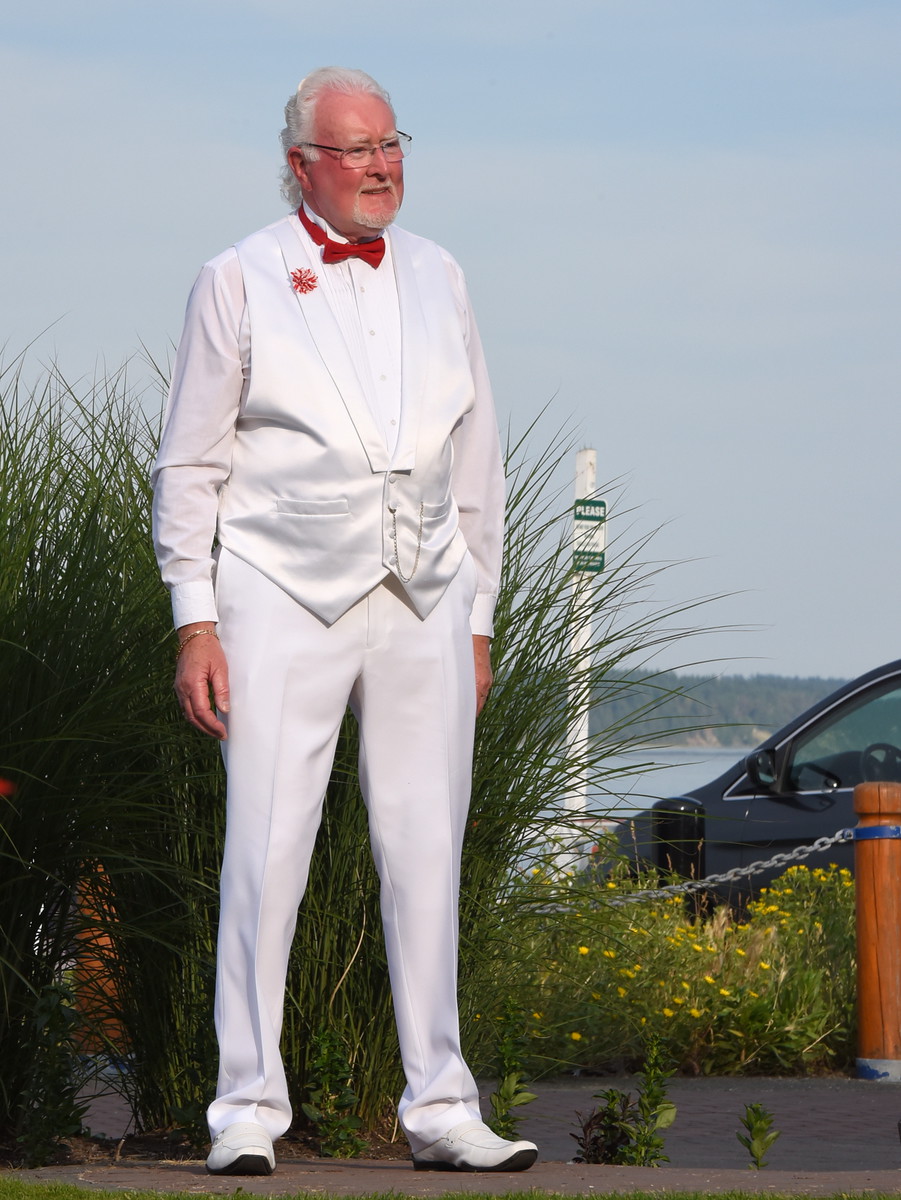 A special Sidney 50th / Canada 150 Mayor’s Community Builder Award was presented to Sidney’s long-time Town Crier, Kenny Podmore on June 30th 2017 at the Opening Ceremonies of Sidney Days. The Mayor chose Kenny as he embodies the spirit of this award; an outstanding individual who has provided long term initiative and leadership in the development of our community.

Kenny immigrated to Canada in 1994 from Staford England. He met and married his wife Anita and they have lived happily in Sidney for all these years.

Kenny’s long list of community contributions is too great to list but a general overview of his service to the community includes 2 terms as a Town Councillor, Official Town Crier of Sidney since 2003; a role he fills with pride and humility, always representing the community with the utmost decorum.

Kenny has touched the life of almost every person in Sidney at some point, and many from other parts of the world. No matter how big or how small the task he can be depended on to step forward and take it on. His numerous fundraising efforts have included:

He has also volunteered his time to numerous community organizations including:

And he has spearheaded many community projects including:

This is only a very small sample of the many selfless tasks that Kenny has taken on. In addition to all of this, Kenny is a true, patriotic, ambassador for Sidney and for Canada – the community and country he has adopted as his own and he is a friend to all who know him. 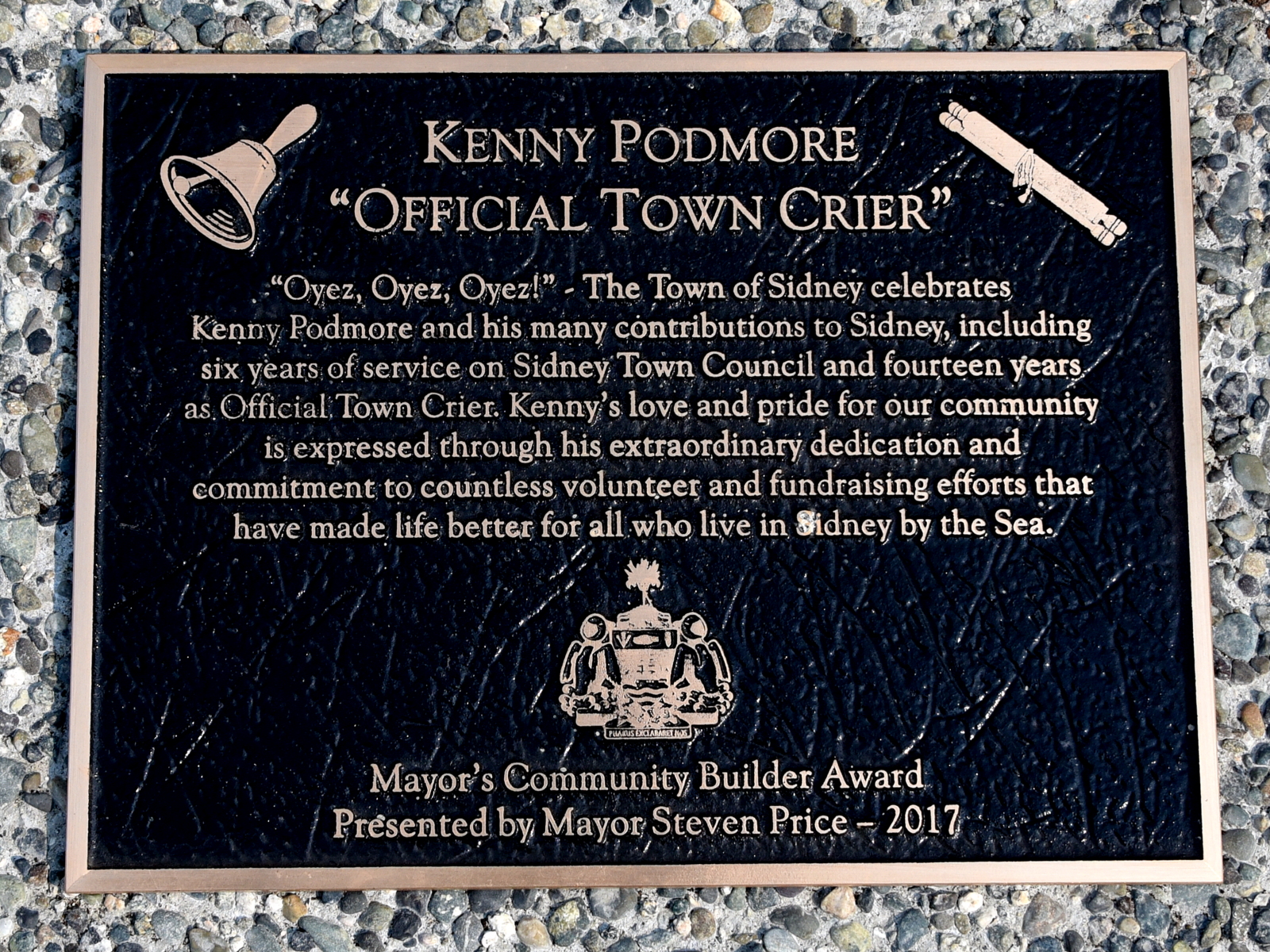