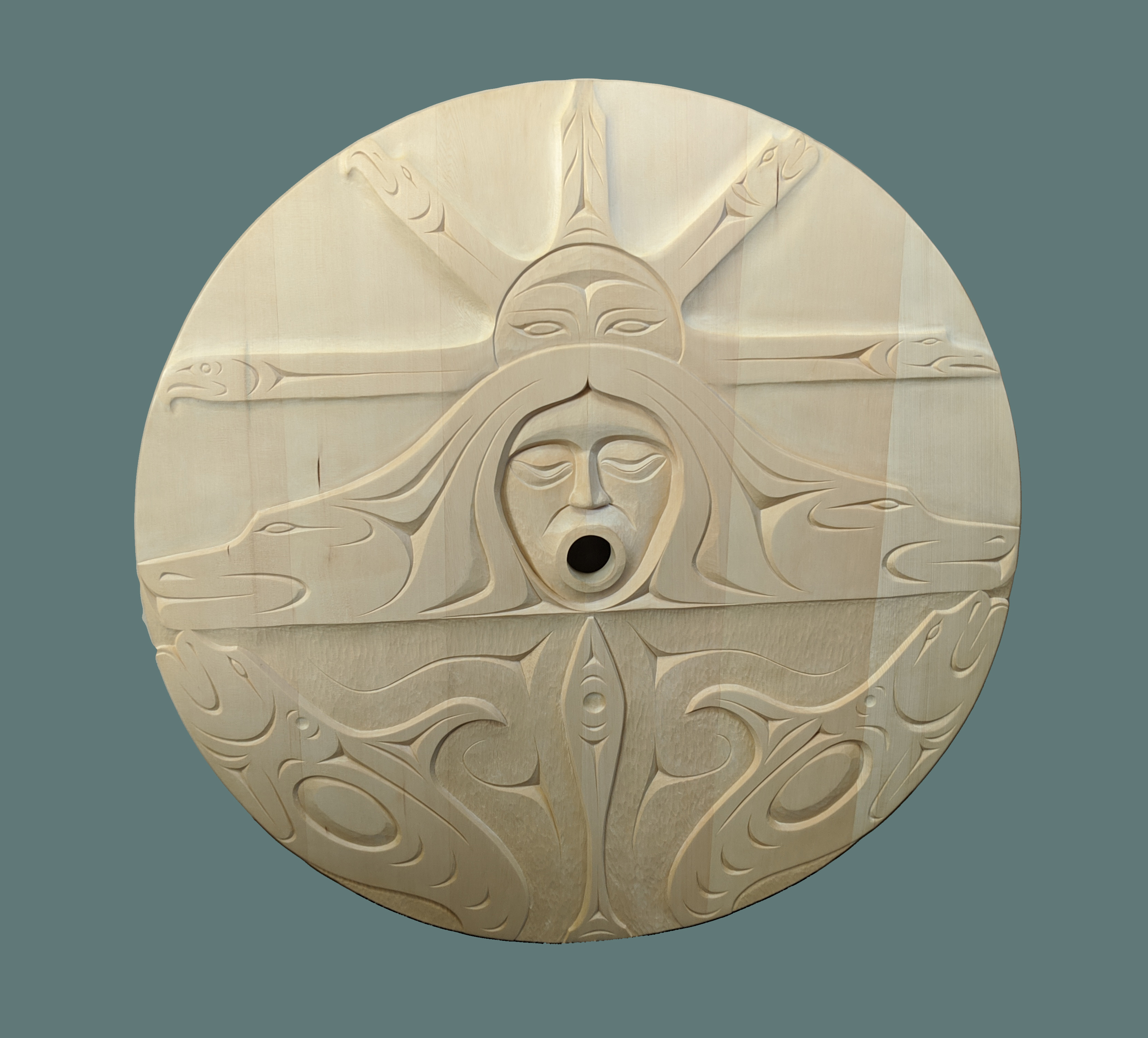 Sidney Council is honoured to have installed the inspirational work of local Coast Salish Artist, Chazz Elliott of Tsartlip First Nation within the Council Chambers of Sidney’s Municipal Hall. The carving was commissioned to recognize the W̱SÁNEĆ  People, their customs and traditions, in a prominent and meaningful fashion and to acknowledge the people who have lived on this land for thousands of years.

We are grateful to Chazz Elliott for creating a carving in the traditional Coast Salish art form that uniquely represents the region, the people and the friendships we are forging.