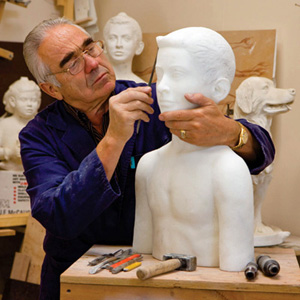 Looking at Armando Barbon’s mesmerizing bronze and marble sculptures, you would think the Italian born artist had studied sculpting all his life. But in reality, he only took up the craft after he retired in 2000.

Before his realization as an artist, Armando and his family built the highly successful gourmet wholesale company, North Douglas Distributors which employed 250 people, ran a fleet of 35 refrigerated trucks, and amassed annual sales of $95-million. After 28 years, he sold the company to Sysco Corp. and ventured off to Italy to study voice.

As fate would have it, Armando’s voice lessons were thwarted by throat problems and he found himself wandering the streets of Florence, admiring the city’s famous sculptures such as Michelangelo's “David”. It was then that the idea and desire came to him. He promptly began his studies at the Florence Academy of Art and returned to Italy four more times to study in Pietrasanta, the world center of sculpture.

Now, as an accomplished sculptor, each of Armando’s pieces incorporates an element of uniqueness, such as the sculpture “Battle on the Field” which was presented at the FIFA U-20 World Cup and depicts two soccer players vying for position. Look closely at their faces and you will see his grandsons. They appear again as hockey players in the monument “Grandsons on Ice” which stands outside the Westhills Arena in Langford. As well, many of Victoria’s prominent, historic figures have been immortalized in bronze by Armando. His two most recent pieces Dr. John Sebastian Helmcken (1824-1920), placed at Helmcken House at the Royal BC Museum, and Sir James Douglas (1803-1877) at Government House.

Armando’s latest work is a monument entitled “The Emigrant”, commissioned by The Halifax Port Authority to be placed at Pier 21, the Canadian Museum of Immigration. It will be unveiled on September 19 with numerous dignitaries from Ottawa and across Canada in attendance.

Armando Barbon is one of those distinctive individuals who have a knack of turning anything they do into a successful venture and art has been no exception. His work has been commissioned around the world and he owns, “Studio 37” in Victoria where he and other expert artists in residence display their work. The studio also houses a recording studio where Armando records his music. In the end, the throat problems did not discourage him from also achieving this dream. A true renaissance man, always striving to grow, Armando continues to negotiate future commissions and to take sculpting lessons from his Maestro Gabriele Vicari in Victoria and in Italy. 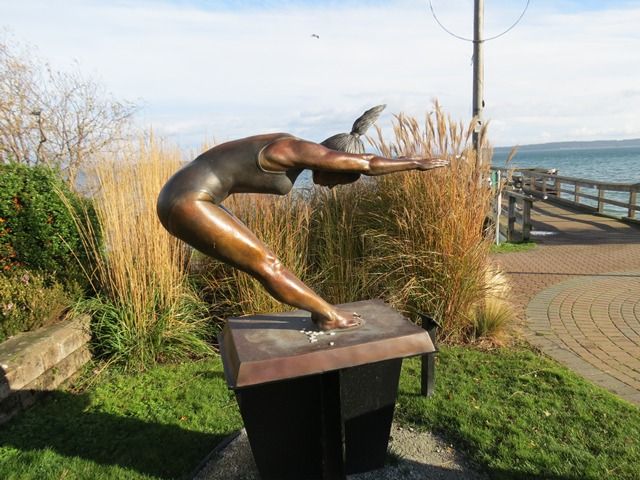