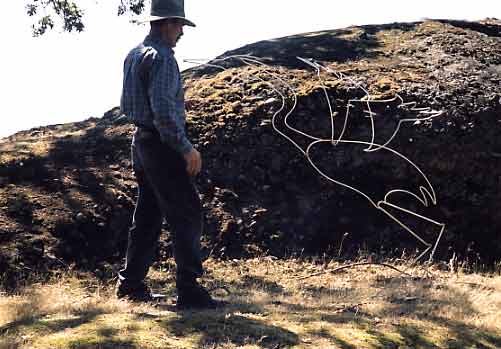 Pender Island has been home to Lyle for the past 23 years. This is where he finds the inspiration to create sculptures in metal and found material and design and build unique furniture or one-of-a-kind, functional pieces for homes and gardens. His work in three dimensional outlines creates an ethereal effect when surrounded by a backdrop of forest, garden or sea. Many of these pieces move with the wind or a gentle push, such as his Sidney Sculpture Walk piece “Tsunami”.

Lyle’s roots as an artist reach back to his involvement in several unknown rock bands during his late teens. Thisled to designing and making leather vests, pants and accessories which in turn morphed into costume jewellery. He moved to the Island in 1972 and ran a small jewellery store in Bastion Square in Victoria until in the early 1980s he moved to Edmonton, Alberta and became the co-owner of a set shop.  The shop provided sets for various productions at what is now the Walterdale Theatre, as well as sets for musicals and opera at the Citadel Theatre.  They also provided sets for film which led to his interest in automation. The set shop provided special effects including a Robot for a children's Ukrainian language TV series. This led to the design and development of a Robot which was sent to the 1982 Commonwealth Games in Australia with the cultural contingent. 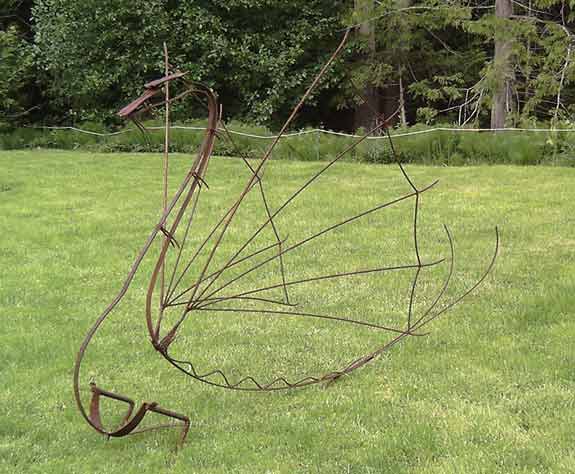 Lyle received formal training in electronics at NAIT before returning to Vancouver in 1984 where he worked at the UBC REST laboratory, building electronic monitoring equipment for research into brain function in flotation tanks. This is where he met his wife.

Over the years Lyle has moved back and forth between technical jobs and art. To Lyle, the two are interchangeable as he explains, “Coming up with an elegant solution to a technical problem is no different than an artistic insight. Also, my training as a Systemic Constellation facilitator helps to make me more consciously aware of these underlying processes.”

You can find Lyle at Ritual Space Design
http://www.pendercreatives.com/ritualspace/lyle.html