Michael Robb - The Paradox of Art 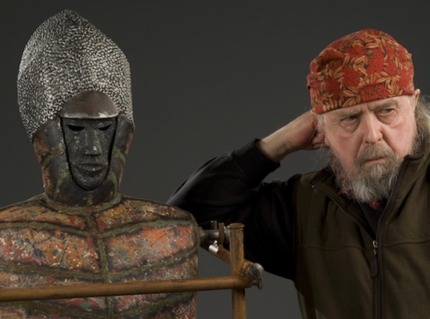 Like a writing career born out of selling pencils, Michael Robb’s artistic endeavours evolved from an after school job in a small town Kansas paint and wallpaper store. “I collected old tubes of tinting pigment which, when I applied them to canvas, resulted in some of the worst paintings in the county,” Michael recollects.

However, like the early writer whose initial awkward and clumsy paragraphs become inspired literary works through perseverance and passion; so have Michael’s artistic creations progressed. His work is unusual, poignant, distinctive and even somewhat satirical.  With names like Anacawnocka, Octadillus or Hogustus, you can’t help but study Michael’s work, break it down and identify its many elements. They are bits of puzzles from different boxes somehow pieced together into perfect form, all with a story to tell.

Ponticus, for example, who stands surveying the Salish Sea, along the Sidney Sculpture Walk, is described by Michael as “a three dimensional image whose purpose is to stimulate the imagination of the viewer.   His elements are common to several ancient Mediterranean and Middle Eastern cultures with a reference to Japanese Samurai military decor.”

Michael was born and grew up in the middle of Kansas on a Shell oil lease were there was much open space for his imagination to fill.  He earned a master’s degree in European history but his chief occupation and true love has always been the fine arts and high crafts. Michael is a glass- blower, sculptor, painter and computer artist.

Over the years he has exhibited throughout North America in public and private galleries as well as in parts of Europe.  Aside from the Sidney Sculpture Walk, Michael is currently represented by the Red Gallery in Oak Bay and the Duthie Gallery on Salt Spring Island where he currently lives and works. 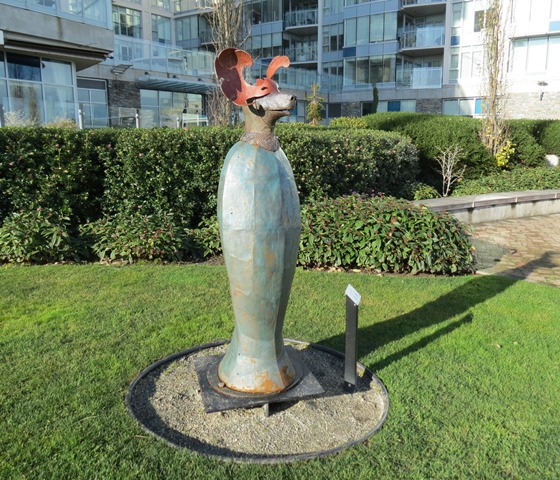 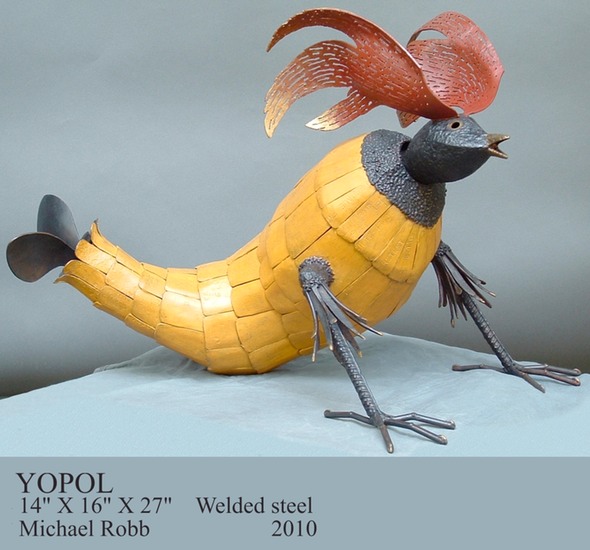