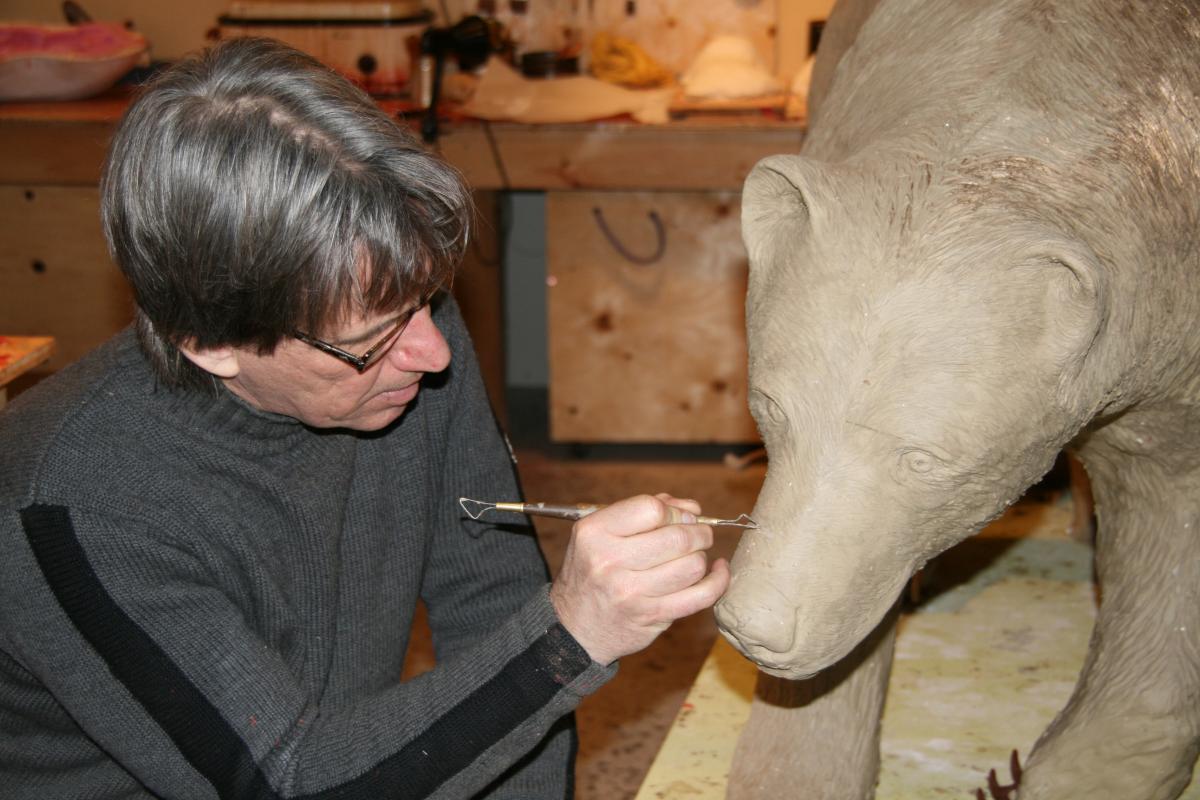 Paul Harder has put his heart and soul into his work. Each of the bronze pieces he creates is a reflection of his passion and love of nature. It is evident, as you stroll around his sculpture garden at his Bronze Works studio in North Saanich that Paul has studied wild animals close up. From a small 4” high frog to a life-size grizzly bear, Paul’s work holds wild creatures still for us to see and enjoy. Paul and his wife Jutta work together to populate this ever increasing collection of bronzes that consists of anywhere from 20-30 pieces at any time. The garden is a “must see” and part of the Saanich Peninsula Studio Tours which takes place each June and October.

Inspiration to sculpt animals native to British Columbia’s west coast, such as wolves, bears, cougars, octopus and fish, dates back to Paul’s teen years. Growing up on the edge of Lynn Valley in North Vancouver, his parents and a friendly zookeeper cultivated his passion to keep a menagerie of wild animals that included racoons and wolves.

Ten years ago, after a career as an environmental fish biologist, Paul began expressing his lifetime love of wildlife through sculpting. He started working with another sculptor and painter in a studio in Victoria’s famed Fan Tan Alley. From that time on he was hooked and has continued to hone his craft through specialty workshops abroad and working with other artists and artisans in the foundries. Paul also works with a Los Angeles design company which provides bronze furnishings, decorations and speciality dining tables to clients in Russia and Finland, while his bronze pieces can be found on display throughout the province. His current work includes a full-sized White Tipped Reef Shark that will be on display at the Sidney Pier Hotel and a commission for a Russian client – a bronze swimming pool ladder with mythical-shaped dolphins on the railings. 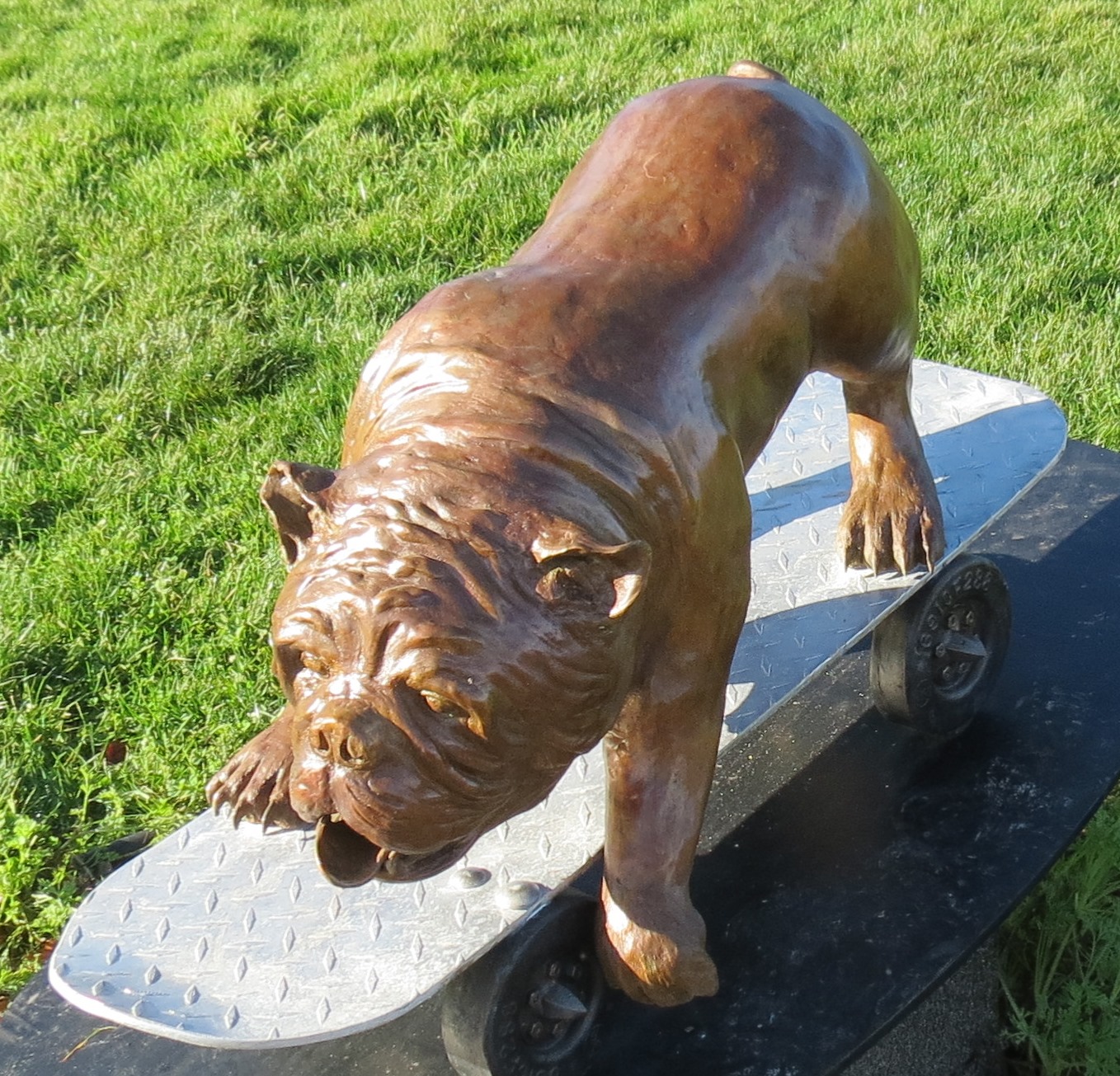 Paul’s bronze Board Dog, on the Sidney Sculpture Walk, is based on a real skateboarding bulldog that Paul met in Tofino. Although he does a lot of dogs, he decided to do something a bit different for the Sculpture Walk and Board Dog is the result. Sidney residents claim the bulldog is very popular with kids who sit on him and have their picture taken.
Artists Website