Thank you to all who have attended open houses and Council meetings to learn more about this project and the proposed changes. The draft bylaw amendments for changes to the Zoning Bylaw and the Official Community Plan Bylaw were included on the Council agenda for March 13, 2017, and were given first and second reading. The Public Hearings for these bylaws was held on Monday, March 27, 2017.  Council approved the bylaw amendments at this meeting.  The changes are now in effect.  To learn more about the project and the new regulations, please review the links, read the special edition of Town Talk on this project, or contact the Development Services department. 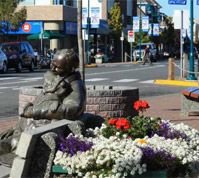