In November 2021, the CRD released the final report for the Capital Region Coastal Flood Inundation Mapping Project, which provides a comprehensive regional picture of coastal flooding due to rising sea levels and tsunamis. Part of that report included sea level rise modelling for Roberts Bay area and Southeast Sidney area near the Anacortes Ferry Terminal.

This work began in 2014 and 2015 when Capital Regional District (CRD) staff undertook mapping exercises to determine preliminary impacts of the proposed amendments on flood construction levels for the entire CRD geographical area based on the proposed provincial amendments, and subsequently released the information from that initial study to the local governments in the region, including Sidney. The Province adopted an amendment to the Flood Hazard Area Land Use Management Guidelines as of January 1, 2018, by incorporating sea level rise into the determination of building setbacks and flood construction levels in coastal areas.

Sidney’s relatively flat topography and proximity to the ocean puts several lower-lying areas at risk for future flooding. The July 7, 2015 Staff Report to Council contains maps prepared by the CRD showing potential affected areas in the years 2050, 2100, and 2200 given expected sea level rise, a higher high tide event, and storm surge. It is important to note that the areas shown as affected would not be regularly inundated with sea water at every high tide, but rather during extreme storm events that are coincident with high tides. Provincial guidelines indicate that wave effect and freeboard also have to be considered when preparing mapping to determine a Flood Construction Level (FCL), which would increase water levels above what the maps indicate (maps are attached as appendices to the January 19, 2015 Staff Report and July 7, 2015 Staff Report).

Sidney’s Interim Flood Construction Level Policy is the first step toward ensuring that new buildings are built with future water levels in mind. The policy requires all applicants for Building Permits or Development Permits where construction is subject to, or likely to be subject to, flooding resulting from high tides, storms and storm surges to provide a report and a Flood Assurance Statement from a qualified Professional Engineer confirming that the land may be used safely for the purpose intended.

Specifically, the Town has determined that all proposals to build structures for habitation or business below 5.0 m geodetic elevation will require a report from a qualified Professional Engineer. The report shall review local conditions and set a site-specific FCL. Proposed ancillary floor areas for storage of goods, etc. that are below the FCL are susceptible to flood damage, and must be listed in the report along with intended usages. In order to be accepted, the report must state that these ancillary floor areas may be safely used if constructed below the FCL. The Engineer’s report shall be submitted to the Town and accepted prior to issuance of a Building Permit.

As a condition of the Building Permit, a Section 219 covenant must be registered on the title of the property with the Engineer’s report attached. The covenant shall notify future owners of the property of the susceptibility to flooding, and hold the Town of Sidney harmless from future claims and damages.

The Interim Flood Construction Level Policy will act as a guide for new construction and development in lower-lying areas of the Town until further steps are taken by the Provincial Government regarding the proposed amendments to the Flood Hazard Area Land Use Management Guidelines. 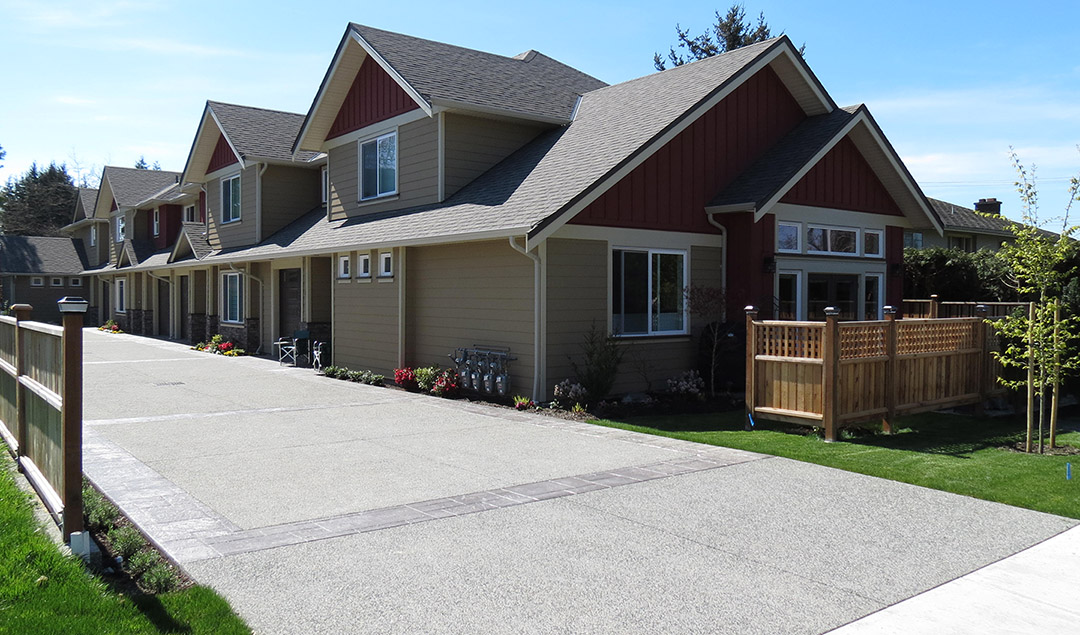